This post provides a brief evaluation of the aggregate function as utilized for data.frames and provides some intriguing usages: from the helpful however unimportant to the most complex issues I have actually resolved with aggregate.Keep in mind that theby variable does not have to concur with one (or more) column of thedata.frame however might be anything. One can replicate the aggregatefunctionality by a for cycle running the cycle variable over the distinct worths of the variable passed as by and an sapply 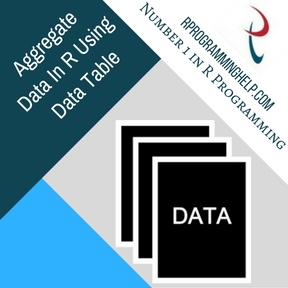 using the function passed as FUNto each column of the data.frame sub.data.frame.Aggregate constantly returns a data.frame as an outcome.

This data.frame will consist of the (now distinct) worths from the input criterion by as the very first column and after that columns including the outcomes of the call to the function in the FUNparameter used to the parts of the columns of the inputted data.frame. It is intriguing to keep in mind that if the function FUN returns several worths, the class of the columns of the outcome data.frame will be list or something a list can be cast to (see the last example listed below).The Excel sheet was not really conveniently arranged for this function: amounts over rows, columns and overalls of those amounts were utilized. In R, I have actually altered the data to a star schema are represented row-wise and every worth gets its own row) using reshape2package and melt then utilized aggregate along various variables to get the various overalls. The less variables you utilize in by the more aggregated the end-result: the grand overall along a measurement is merely using that measurement as "by", while subtotals can be attained using numerous variables as by.

A base R service is to integrate the output of aggregate() with a combine() action. I discover the formula user interface to aggregate() a little bit better than the basic user interface, partially since the names on the output are better, so I'll utilize that:.The primary factor I utilized the formula user interface is that it returns a data frame with the proper namesfor the combine action; these are the names of the columns from the initial data set dat. We have to have the output of aggregate() have the proper names so that combine() understands which columns in the aggregated and initial data frames match.R offers a number of effective approaches for aggregating and improving data. When you aggregate data, you change groups of observations with summary data based on those observations.where x is the data challenge be collapsed, by is a list of variables that will be crossed to form the brand-new observations, and FUN is the scalar function utilized to determine summary stats that will comprise the brand-new observation worths.As an example, we'll aggregate the mtcars data by variety of equipments and cylinders, returning methods on each of the numerical variables (see the next listing). Essentially, you'll "melt" data so that each row is a special ID-variable mix. Throughout the cast, you can aggregate the data with any function you want.

If x is not a data frame, it is persuaded to one, which need to have a non-zero number of rows. The outcome is reformatted into a data frame including the variables in by and x. (Note that variations of R prior to 2.11.0 needed FUN to be a scalar function.).aggregate.formula is a basic formula user interface to aggregate.data.frame.The variables in x are divided into suitable blocks of length frequency( x)/ nfrequency, and FUN is used to each such block, with additional (called) arguments in ... passed to it. Keep in mind that this make many sense for a annual or quarterly outcome when the initial series covers an entire number of years or quarters: in specific aggregating a month-to-month series to quarters beginning in February does not offer a traditional quarterly series.I just recently discovered a course on data analysis and visualisation and now I'm slowly going through each lecture. I simply completed following the 2nd lecture and the area "Working with vectors and dataframes effectively" presented to me the function called aggregate, which I can view as being incredibly helpful. In this post, I will discuss aggregate, use, lapply and sapply, which were likewise presented in the lecture.